The Center of Quito is never the same… It changes every time we get into this labyrinth of Cuencas, Chiles, Venezuelas and other streets. On the route of this visit we start from Plaza de Santo Domingo, pass through La Ronda and San Francisco and walk to the Basilica. Perfect closure for the route.

In Plaza de Santo Domingo, the monument to Marshal Antonio José de Sucre, hero of Independence, welcomes you to the church. I would say that from this wide square, the characteristic sky of Quito stands out in its most iconic light blue. It is worth taking some time here before entering the church which exterior does not speak of the dazzling detail of the art inside. The symmetry of its interior shines perfectly with the gold leaf that covers the altar, and the details on the walls. The Mass continues its course while the faithful pray and tourists appreciate.

We walk towards La Ronda. Tradition does not disappear from this iconic street where the balconies enhance its charm and each door gives you a glimpse of interior courtyards, anachronistic shops that attract and transport you and live cooking shops baking donuts and cinnamon sticks. You don’t leave this street without first looking back to appreciate it once more. 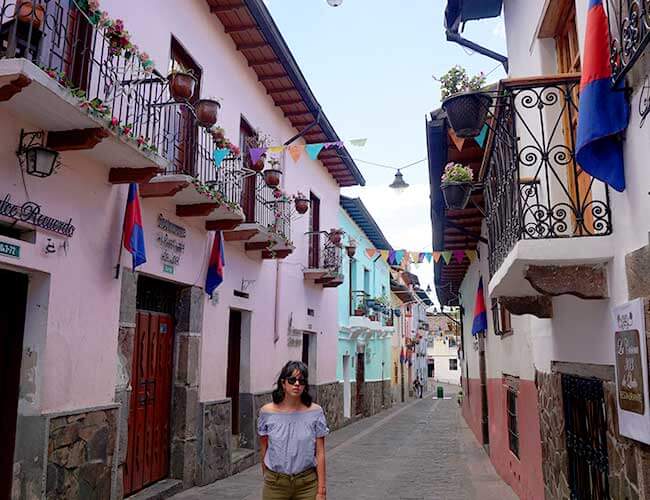 We stopped in the huge Plaza San Francisco. Sometimes, just looking at the Church from outside attracts you as much as the inside. We sat in the stands next to the pigeons and then walked to face the church. We admired every stone from the floor to the walls which contrasts with the white facade of San Francisco. 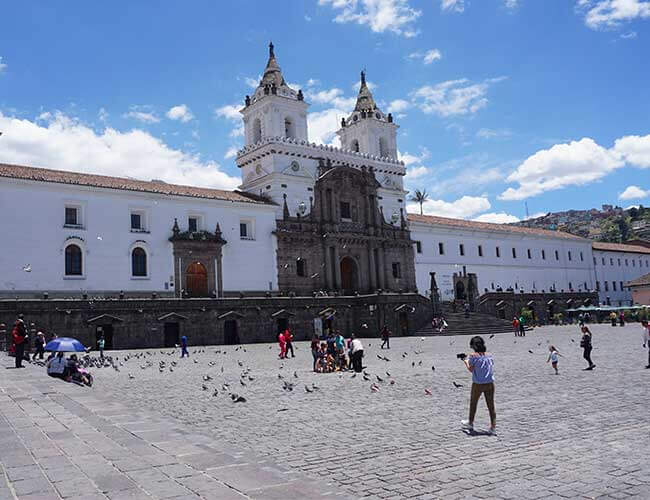 We left the maze towards the Basilica of the National Vote. With shame I now admit that I had not entered this architectural emblem, and I am surprised how many people have not yet done so. The exterior and interior of this church are overwhelming. The neo-Gothic architecture separates it from the classic styles that are seen in the Center of the Capital, this differentiation has been very attractive to a younger audience waiting in line to climb to the highest point of the church from where the view is a yet another gift. Its interior has its own personality. The stained glass windows mark a corridor in the air, from where the light illuminates the arches of the opposite walls. A great ending to an extraordinary day.

The 10 best night pictures of the Virgin of Legarda, Quito

The 10 best pictures of the Guayacanes, Ecuador