Before the end of the year, Galapagos prohibited the pyrotechnics in the archipelago as a measure to take care of the health of its animals and the environment. But the mayor of Isabela, Pablo Gordillo Gil, gave no importance to this measure. This is what happened.

Positive measures were implemented in Galapagos to protect the archipelago: ban on plastics in its territory and prohibition of pyrotechnics on the islands. However, today we find this news documented and reported by Brian Parker, who was present in Isabela Island during the “celebrations.”

“Shame and anger witnessing the New Year’s party organized by Mayor Pablo Gordillo Gil de Isabela. First, the mayor decided that the best gift for the party was 200 hot air balloons (Chinese brand and packaged in plastic) to launch into the air resulting in 200 wires in the sea. Something really absurd and sad to see in, perhaps, the most important and fragile marine ecosystem in the world.

Then he announced on the microphone that the prohibition of pyrotechnics was coming from above, but those who rule in Isabela are them, so he bought two pyrotechnic castles that were lit 100 meters from a dock for bird and sea lion watching. 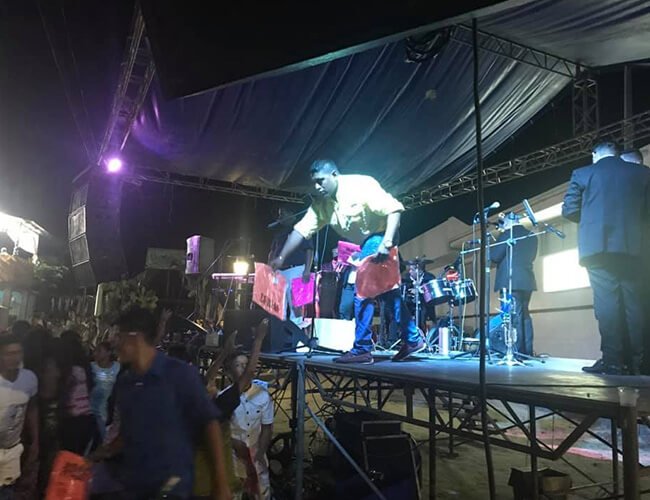 Upon leaving the event I approached the ceremony master Emilio Oralla (who is the commander of the firefighters of the island) to say that the show was very embarrassing, and his response was to smile and flip his finger.

Seeing the balloons floating towards the sea, some tourists next to us said in a voice of shock and disappointment, why do they do that? How can they kill animals like that in the Galapagos? ”

We stand by the words of Brian Parker, everything indicates that there is a lack of state control in Isabela, where it seems that there is no one to watch local politicians on duty. But, should they really be monitored? They are supposed to act on their own and be logical, reasonable and not commit irresponsibilities like this. They should represent us, but apparently they don’t. The good news we read about the new implementations in the archipelago seem to be just words, not executed and are tarnished by actions such as that of Mayor Pablo Gordillo Gil.

We hope that measures are taken against this politician and all those involved in this unfortunate act. In addition, we call on citizens to reflect on who we are choosing to represent us as mayors, as presidents. It is in us to choose the right people to govern us and to do it well, without this kind of intentional carelessness that does not benefit people or the environment.

An enzyme that eats plastic

Grey partridge, flies with only 2 weeks of age