It has been proven that the jaguar has more strength in its bite than 2 even larger felines, but this does not defend it from man. This day we stand for them and we recognize our errors against this wild cat.

In the humid jungles of America, one of the 5 largest felines in the world roams. Through the forests of Ecuador, Colombia, Peru, Bolivia, Venezuela, Mexico and Brazil a beautiful and lonely animal pases with black rosettes on its muscular body. It is not an African leopard, although it looks like one. If you have seen it in photos or video or if you have been fortunate to seen it live, you will realize that only the tiger and the lion are bigger in size. It is known for its hunting skills, for enjoying time in the water where it even hunts. 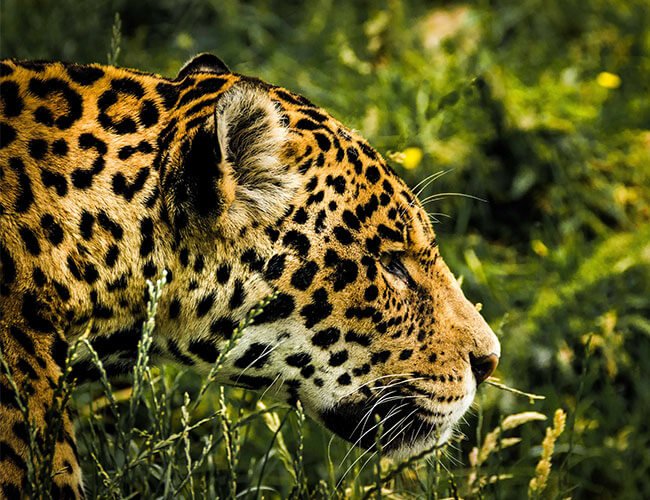 He is stealthy, an expert for ambushes. Every time he does it, every time it attacks and gets its victims, its powerful jaws lock in the skin of its prey, pierce the shells of turtles, its fangs destroy the skulls of alligators. It is undoubtedly a superpredator with a key role in the ecosystems it lives in, where it regulates the populations of the species it captures.

This animal was considered a god by the Mayans and Aztecs, civilizations that told stories and legends about the jaguar.

THE JAGUAR, SYMBOL OF POWER

The Maya called it Balaam or Chaac, referring to something mysterious and hidden. For them, the cat was a symbol of power.

Legend has it that the God of the Sun was transformed into a jaguar, and with its beautiful mottled skin, which represented the stars, it walked silently during the night through the world of the dead. 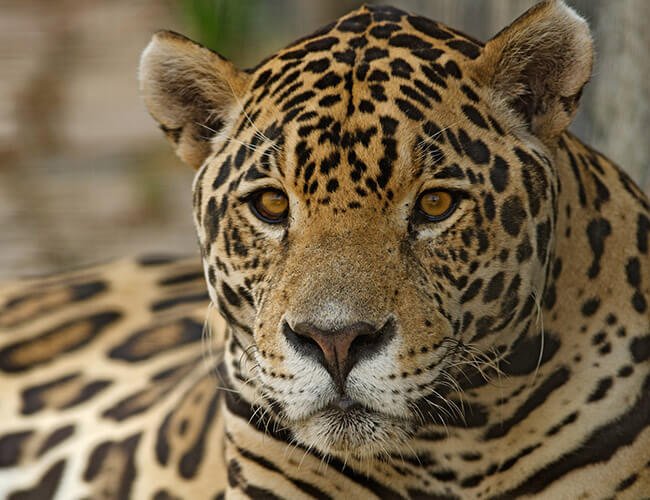 The jaguar sun had absolute dominance over night and day. Whenever the evening fell and especially throughout the night, it fought against the gods of the underworld. And every time it did, he won, coming out victorious for the next day.

Today, the jaguar faces an even more powerful enemy, one that’s after its skin, its fangs and its bones. An adversary who murders them, who steals them from their natural prey and destroys their habitat. A great threat that has pushed it to become an endangered species. That monster is men.

That is why, among other great efforts to protect it, International Jaguar Day is celebrated on November 29 to raise awareness and save the cat from its greatest threats. Let’s protect the jaguar, the being with the most powerful bite among all felines.