People hunt them down for their skin, for their bones, for their fangs, genitals and their eyes, or for having them as a trophy or for making wine. Tigers die for money and for a belief that their body parts have medicinal properties. People kill them, but do you know why it is so important that they live? Their survival is your survival.

The tiger, the world’s favorite animal, is a species that, according to a survey made by Animal Planet in 73 countries, is battling between life and death in each territory it inhabits. It is estimated that in 1900, 100,000 tigers of all subspecies lived throughout Russia, Siberia, Iran, Afghanistan, India, China and Southeast Asia. Now their habitat has been reduced by humans to 3% of what it was before, leaving just 3,000 of them alive.

The presence of the tiger is essential and key for the survival of humanity and for a healthy environmental system. According to WWF, the last homes of the tigers are linked to ecosystems of global importance. Achieving these habitats in good conditions helps to: combat global warming, provide fresh air and water for animals and people, reduce the impact of natural disasters, and improve the health of local people (read the full report here).

Forest trees trap CO2, they keep it inside as they grow, thus preventing an increase in the planet’s temperature, reducing Global Warming. When you cut down trees you create double damage: you release the CO2 inside the trees into the atmosphere and destroy the same trees that absorb the millions of tons of CO2 that humans and their activities produce each year. Protecting these places is protecting the tigers, the planet, yourself.

The source of water, on which 830 million people depend in Asia, comes from the tiger’s habitat, from the forests where he inhabits. The impact on its destruction affects everything from agriculture and electricity generation to domestic use. Furthermore, the presence of water directly influences humid and cloud forests, regulating their flow. This allows a natural balance in times of drought and heavy rain.

On the other hand, forests are sources of clean air, medicinal plants, and jobs. Protecting tigers means protecting vital sources of fresh water, air, and their role on the planet.

Tiger survival is the survival of hundreds of other species. Protecting their habitat means preserving endangered animals that live on their territory, for example Asian elephants, clouded leopards, rhinos and Sumatran orangutans. 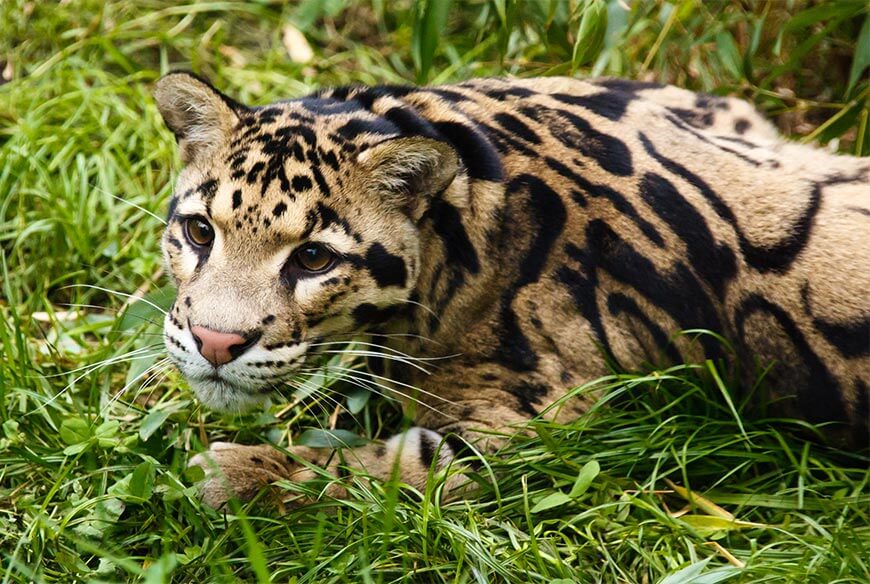 The tiger’s home is also home to indigenous cultures, their language. Destroying their habitat is destroying traditions and ways of life. According to linguists, between 50 to 90% of the languages ​​in the world will disappear by the end of this century. In this case, 1/4 of all the endangered languages ​​evaluated in territories where communities live with tigers, are languages ​​spoken by indigenous people, and they depend on forests to survive. All this means that the survival of indigenous communities throughout Asia is tied to the destiny and care of tigers.

These reasons also apply to several other beings, such as the Siberian tiger, the Malayan tiger, the Sumatran tiger, and the Amur leopard. 4 of the 20 critically endangered species that urgently need protection. In this link you can find the profile of every one of them and find out how you can help them.

Each tiger, as an individual, has a unique striped pattern, like its fingerprints. It is unique, like every human being. Although tigers still exist in the wild, the threats they face prevent them from growing in significant numbers. The organizations in charge of their survival do everything possible, and depend not only on money, but on the support of all people to save them from the brink of extinction. Click here to know what else we can do for endangered animals and much more about the threats facing endangered species.

Sumatran orangutans: they’re either captured, or they die burned and beaten during the new palm oil plantations

2 new species of frogs discovered and 1 rediscovered in Ecuador